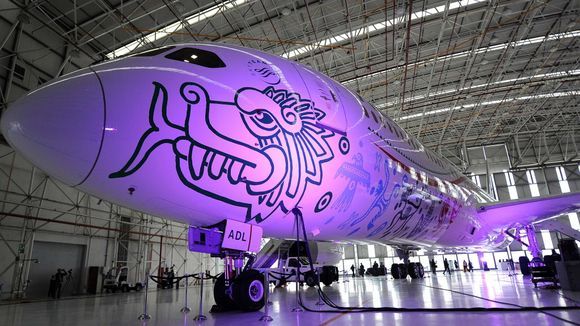 For the past year, Mexicans have been flying less the U.S. and increasingly to Canada, according to data out from a travel industry analyst Thursday.

But the figures from ForwardKeys, a Spanish company that projects travel patterns by analyzing 16 million airline bookings a day, said the change might be linked to currency and simplified travel to Canada rather than fallout from President Trump’s campaign and election.

Since March 2016, Mexicans were taking 9% fewer flights to the U.S. compared to 2015, a trend that persisted through March 19, according to ForwardKeys.

The trend wasn’t uniform because business travel including trips to Detroit from Mexico to the U.S. grew 3% during the period studied, according to ForwardKeys.

The decline in Mexican travel to the U.S. has also been projected by Tourism Economics of Wayne, Pa., which estimated nearly 1.9 million fewer Mexicans would visit this year and 2.6 million fewer next year. That, the group said, would amount to a loss of nearly $2.9 billion in revenue for the tourism industry. Tourism Economics projected an $18 billion loss to the tourism industry through 2018 after Trump proposed a temporary travel ban for citizens of six Middle East and African countries, which is expected to dampen all inbound travel.

But the decline in Mexican air travel to the U.S. came as travel from Mexico to Canada grew 16% from last March through the November election, compared to the same period a year earlier, according to ForwardKeys.

After Canada eliminated a visa requirement for Mexican visitors on Dec. 1, the spiked an average 82% higher through March 19, compared to a year earlier, according to ForwardKeys.

Trump won his campaign saying he would build a wall along the Mexican border and hiring more border patrol officers to prevent illegal immigration, points that he supported in his first budget proposal.

Trump may have sounded unwelcoming to Mexican visitors, such as when he declared his candidacy in June 2015 and said illegal immigrants “were bringing drugs. They’re bringing crime. They’re rapists. And some, I assume, are good people.”

But besides the visa change in Canada, the strong dollar may be as much to blame for a shift in travel patterns as the change in administration. The dollar has been gaining strength again the peso for years, significantly hurting the purchasing power of the peso and making it more expensive for Mexican travelers to pay for hotels, restaurants and entertainment while visiting. A dollar now costs about 20 pesos.

“Attributing the fall in Mexican visitors to the USA to Donald Trump’s rhetoric is not proven,” ForwardKeys CEO Olivier Jager said. “Currency concerns are much more likely explanation, combined with the recent relative relaxation of entry restrictions to Canada.”