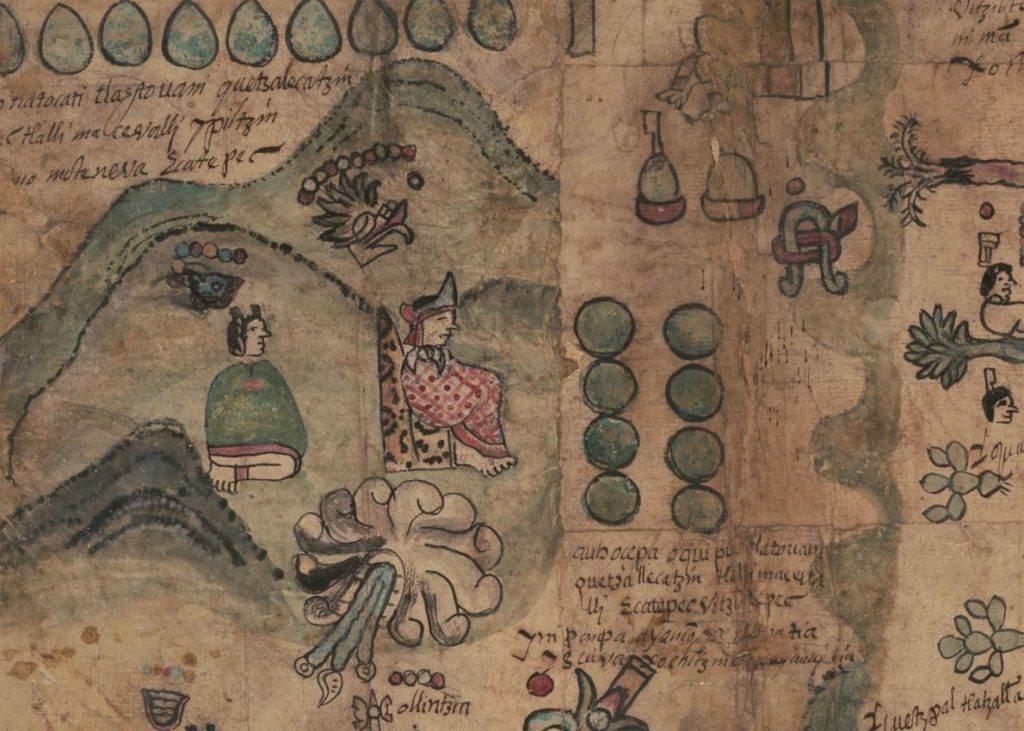 A colorful map shows how indigenous and Spanish cultures mixed after their worlds collided.

Early maps of the Americas made by indigenous people are rare—extremely rare. This map, dated 1593, is one of fewer than 100 such documents that have survived the ravages of time. It provides a fascinating glimpse into the early interactions between the indigenous people of Mexico and the recently arrived Spanish.

The map shows the land holdings and geneology of a family in central Mexico. It covers an area that runs from just north of Mexico City to just below Puebla, roughly 100 miles away to the southeast. The family, identified as “de Leon,” traced their lineage to the red figure seated in the middle of the image above, who was known as Lord-11 Quetzalecatzin. A century before the map was made, he was the major political leader of the region writes John Hessler, curator of the Jay I. Kislak Collection of the Archaeology of the Early Americas at the Library of Congress in a recent blog post about the map. Many other family members appear on the map too.