If you answered Mexico City, you’d be in good company – after all, Mexico is a war zone, isn’t it? But you would be wrong, on both counts. 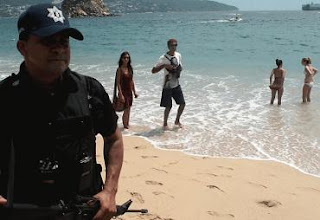 Based on FBI crime statistics for 2010 and Mexican government data released early this year, Mexico City’s drug-related-homicide rate per 100,000 population was one-tenth of Washington’s overall homicide rate – 2.2 deaths per 100,000 population compared with 22. (Drug violence accounts for most murders in Mexico, which historically does not have the gun culture that reigns in the United States.)
And while parts of Mexico can be legitimately likened to a war zone, drug violence afflicts 80 of the country’s 2,400 municipalities (equivalent to counties). Their locations have been well publicized: along the U.S. border in northern Baja California, Sonora, Chihuahua, Nuevo Leon and Tamaulipas states, and south to Sinaloa, Michoacan and parts of San Luis Potosí, Nayarit, Jalisco, Guerrero and Morelos states.
The flip side is that more than 95 percent of Mexico’s municipalities are at least as safe as the average traveler’s hometown. Yucatan state, for example, had 0.1 of a murder for every 100,000 people in 2010 – no U.S. tourist destination comes close to that. Most cities in central Mexico, outside of the scattered drug hot spots, have lower murder rates than Orlando.
It would seem fairly clear – fly, don’t drive, across the border into the safe regions. Yet whenever people say they are going to Mexico, the invariable response is “Aren’t you afraid?”
Media sensationalism accounts for much of the wariness. “Gangland violence in western Mexico” “Journalists under attack in Mexico” and “Mexico mass grave toll climbs” sound as if the entire country were a killing field. The story might name the state, but rarely the town and almost never the neighborhood. And some reporters apparently are confused by the word “municipality” – some of the killings reported as being in Mazatlan, for example, actually happened in a town miles away from the city – akin to attributing East Palo Alto’s slayings to San Francisco.
But the biggest factor may be that travelers looking for a carefree vacation simply find it easier to write the entire country off than to learn what areas to avoid.
The Mexico Tourism Board is working to change that. Efforts so far have concentrated on getting accurate information to travel agents, who funnel the lion’s share of tourism to Mexico’s popular destinations. Independent travelers’ primary source of information is the State Department travel alerts (travel.state.gov), which are finally getting better at pinpointing the trouble spots.
“We are trying to work with U.S. authorities in making these travel alerts specific and not general,” said Rodolfo Lopez Negrete, the tourism board’s chief operating officer. “Unfortunately, they have projected a somewhat distorted image.”
In the meantime, we have done some of the work for you. The chart above recommends destinations for various comfort levels and travel styles. If you’re totally spooked, there are places that pose no more risk than Disneyland. If you’re open-minded but don’t want to take unnecessary risks, we have places safer than Miami, New Orleans or Washington, D.C. For fearless travelers, these sometimes dicey destinations are worth the extra caution. 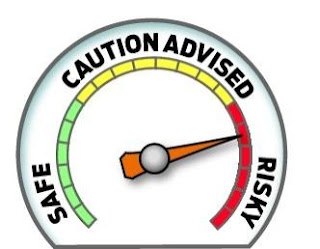 Your most important tactic for traveling safe, in Mexico or anywhere else, begins before you even decide where to go. Get familiar with Mexico’s geography; it’s a big country, and your destination might be hundreds or even a thousand miles from violence-prone areas. Keep up on Mexico coverage in major dailies, then do some focused research. Some sources:
— The current State Department travel warning (travel.state.gov) and security updates make a good start.
— The travel agents trade publication Travel Weekly has created a map that puts the latest travel warning in easily digestible graphic form (travelweekly.com/uploadedFiles/MEXICOMAP4.pdf).
— The United Kingdom Foreign Office Travel Advisory for Mexico ( www.fco.gov.uk; “Travel advice by country”) provides another perspective.
— Stratfor, a global intelligence company that advises government agencies and international corporations on security issues, is a reliable, up-to-the-minute source. Membership is expensive, but the website ( www.stratfor.com) makes some reports available for free.
Assuming you’re not headed for northern border areas, normal safety precautions that apply anywhere in the world will suffice. These are particularly important in Mexico:
— Don’t pack anything you couldn’t bear to part with; leave the bling at home.
— Carry only the money you need for the day in a money belt (not a fanny pack), and leave your passport in your hotel unless you know you will need it.
— Get local advice about areas to avoid.
— Don’t get drunk and stumble around dark, unfamiliar streets. Drunk or sober, don’t walk beaches late at night.
— Stick with taxis dispatched from your hotel or a sitio (taxi stand); if you go out for dinner, ask the restaurant to call a taxi for you.
— Drive during the day; if nighttime driving is unavoidable, use the toll roads.
— Leave a travel itinerary and a copy of your passport with someone at home. If you’ll be traveling in higher-risk areas, notify the nearest U.S. Consulate.
A final note: Don’t get rattled if you see armed soldiers patrolling the beach or manning highway checkpoints. They are young men doing a difficult job. On the road they’ll usually just ask you where you’re coming from and where you’re going; very rarely they will ask to inspect your trunk or your bags. I’ve never encountered one who wasn’t cordial and glad for a smile or a brief conversation.
– Christine Delsol
Christine Delsol is a frequent contributor to Travel and writes the Mexico Mix blog at SFGate.com. E-mail comments to travel@sfchronicle.com.