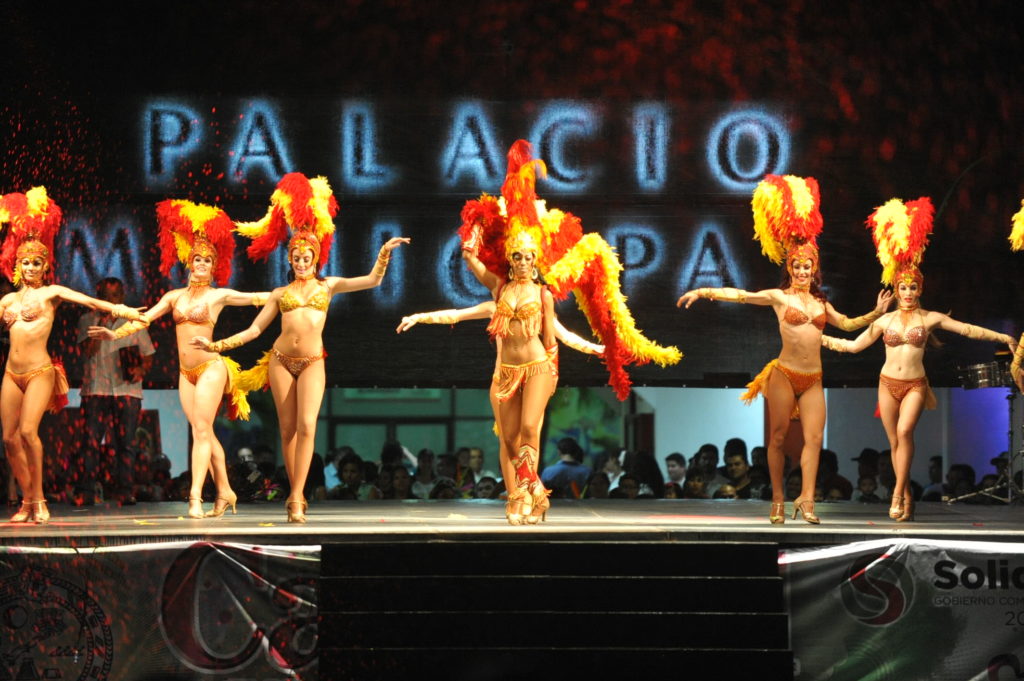 The dates- Playa del Carmen Carnival 2016!
It has been mentioned in several local sources, that the Carnival 4 to 9 February 2016.
Along with the carnival on the Island of Cozumel (that is from 3 to 10 February) in Cozumel the start of carnival celebrations is expected on the first week of February as a new attraction for visitors to the destination.
The General direction of Public Safety, Traffic and Firefighters in Playa del Carmen are detailing their plan for surveillance operation for these celebrations, after the last weekend of the season BPM was over.
“We just finished BPM with a total of 75 people in total insured for minor offenses, disturbing peace or so. No injured people. We are now designing the operating plan so you can enjoy with security and good traffic flow, “said Martin Estrada Sanchez, head of the corporation at City Hall.
According to estimates released by the Playa del Carmen Social Communication office, the influx during Carnival days is around 5000 people in general, with peaks up to 6000 attendees at the busiest events.

Rerouting
It was also confirmed that for the 2016 version of The Carnival in Playa del Carmen, the parade route of floats has been modified to improve the fluidity of the troupes and floats.
Although no specifications have been given, it has been announced that this year the parade of the carnival will not be going through the Fifth Avenue but it will go through 10th Avenue between Juarez and constituyentes during the 3 busiest days.
In other Carnival news

Carnival king candidates are ready to provide the best shows in quest of becoming winners of the crown at the upcoming carnival celebrations.
Kristel Diana Alvarez Ramirez, 18 years old, said that what encouraged her to participate is that this will provide her the opportunity to share these moments of joy with her friends and family.”With my oriental fantasy troupe, composed of 25 people, we are going to put all our efforts to entertain the audience, and seek to be the queen of the Carnival,” she said.
Karina Sandoval, 24 years old, said what encouraged her to participate in the contest was that this experience will surely help her to create many great memories and many good friends and colleagues. She noted that her partner is Nicanor Jairo Farías, who was the ugly king of the Carnival in 2015.
Said he would seek to win the sympathy of the audience during the contest for the election of the kings of Carnival to be held on Thursday, February 4th at the celebrations that will take place in front of City Hall.
Enmanuel and Damaris Coband feel very happy to be at the next Carnival. She is confident that her ‘doll figre’ and unique style to move her hips will win sympathies and she will be the next Queen.
Chrisna Richard, 21, stylist, representing sexual diversity, said that at these parties are done to have fun, and amuse the audience, he said him and his troupe composed of four men and two women will do their best to win the crown.
Finally, the Queen of The Carnival 2015, Francia Marisol Rodriguez, said it was a unique experience; she was excited, but, as every stage comes to an end this one was too. Now, at 21, she is an entrepreneur and student of law.

Take a look at some videos from Last Carnivals in Playa del Carmen!