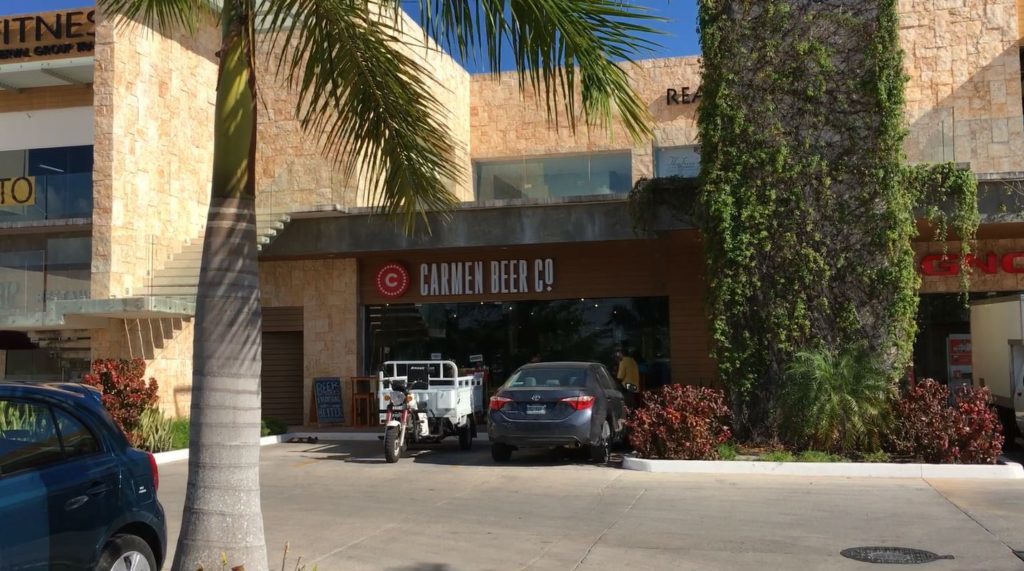 I’ve noticed a serious lack of palm trees in the Pittsburgh beer scene.

That’s not the case in Playa del Carmen, a fast-growing city on the coast in Mexico’s Riviera Maya region; in fact, there are several palm trees just outside the front door of Carmen Beer Co., the city’s first craft brewery.

The other cool part? Carmen Beer Co. happens to be owned and operated by a Pittsburgh native. In his travels as a beer judge, Jeffrey Michael was surprised to find a couple years ago that the scene in Mexico was just getting started — somewhere south of 200 craft breweries — while the number back home was ballooning towards 5,000. Those numbers, he said, made sense to someone who was considering starting a brewery, and he found a spot in a strip mall big enough to host a brew house and a good-sized tap room in the front of the house.

It took some work to reach his opening day — importing a brewhouse, tracking down supplies and building out to the unique specifications of a brewery all take time, especially when you’re communicating in two different languages. But once Carmen opened its doors five months ago, it’s gone well, Mr. Michael said; he’s selling all the beer he makes, and he’s already found loyal customers among tourists and locals.

There have been some bumps along the way. Local bars often don’t have draft systems, presenting a challenge for a brewery that doesn’t package. And as is the case in the States, it can be hard for a small brewery to compete with ubiquitous brands like Cornona or Modelo when it comes to establishing a foothold in the region’s hotels and resorts.

But there have been nice surprises as well. In a city where the average high temperature in the dead of winter is 84 degrees, the brawnier styles — a barleywine and an imperial stout were both on when I visited last week — have not only been accepted but are among the most popular styles Carmen produces. And Michael said he’s starting to get inquiries about getting his products into the hands — and glasses — of the region’s tourists.

Here in Pittsburgh, we sometimes avoid crossing rivers, even if there’s good beer on the other side. And yes — getting to Playa del Carmen means crossing many rivers, not to mention a good bit of the Gulf of Mexico. But if you’re in the Riviera Maya, make sure you plan a stop at Carmen Beer Co. for a taste of home on the Caribbean Sea.