Panama? Ecuador? Not if it's LIFESTYLE you're after… 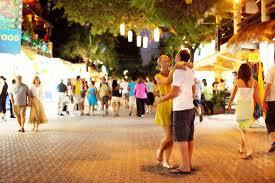 More than ever people are looking for ways to live better, retire early and in a location they consider “paradise”. Unfortunately due to the economic situation as of late this, for many people, has become unattainable in the US.

This explains the large influx of ex-pats purchasing land and houses in South and Central America in order to retire well on far less money it would cost to do so back home. But of all the locations throughout the tropical America’s, there is only one true choice for someone wishing to obtain this dream…Mexico. That is, if lifestyle is your biggest concern.

Unlike many other locations similar to Mexico (which is very interactive with the US), none are quite as well established and developed to deal with Americans and Canadians easily becoming full-time residents. Places like Playa del Carmen and others in the Riveria Maya (a hugely popular ex-pat destination) have all the amenities that a person would expect in the US; McDonalds, Starbucks, Burger King, Wal-Mart, a new world-class hospital, English cinemas, English speaking lawyers/attorneys/notaries, familiar bank names, boutique shopping, sports bars, nightclubs, readily available internet/cable, phone networks, car dealerships and much, much more. 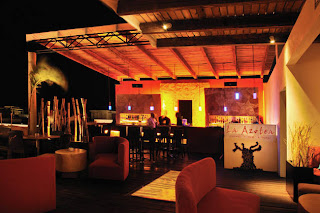 In short, you have all the luxuries and desires of home right in your hands but with a much lower cost of living, year-round perfect weather, the most popular and stunningly white beaches in world accompanied by crystal clear blue water…in essence what most believe to be the incarnation of “paradise on earth.

Not to mention, many if not most of the locals speak English, at the very least enough for you to not actually need to know any Spanish to be able to get what you want, although learning Spanish can be quite alot of fun. English is generally accepted as the second language of those Mexican nationals residing there.

Along with this, house and land prices are firstly, not only cheaper than beach-front in the US or Canada, but you also get ALOT more for your dollar. The quality of house you can purchase or have custom-built is far superior to a similarly priced product in the US and you have access to reputable and proven developers and construction companies.

Although let’s be real, due to the superior development of these popular destinations in Mexico for ex-pats, there are other places in the world that may be a little cheaper…and this is where people make mistakes.

For example, Panama. While although has been some significant development over the last 10 years it is still far from anything Mexico has become. Most of the lots and houses advertised are in “no-where-land” which is excellent if you really truly want to get away from it all, but that’s about it. Chances are you’ll be driving along dirt roads to get there, miles and miles away from anything familiar or the beach, no access to everyday amenities as aforementioned and essentially…sacrificing the true reason to move to such a location in the first place, being primarily quality of life.

If you are simply looking for cheap property far away from civilization, an acre in rural Montana or Wyoming will suffice just as well as some vague location in Ecuador, although the ease of living in Montana or Wyoming would be far easier than in these locations where very little to no English is spoken and also vacant of all the luxuries one has become accustomed to and wouldn’t want to live without.

If you’re hell bent on living in such a location despite the obvious downfalls, be sure to book your flights ahead of time, unlike airports like Cancun, they don’t have flights leaving for Miami, Houston, Phoenix or Vancouver several times a day. In fact, Miami is the ONLY place these airports will be able to take you, and you’d best hope there even is a flight at all on the day you are required to leave. Be prepared to be as far away from any resemblance of cosmopolitan life as you could imagine once you find your cheap land, without any hope for a future buyer.

If you get the chance to talk to people who actually have your best interests in mind rather than salesman simply trying to hock off cheap real-estate, Mexico will time and time again be referred as the far better and fiscally wiser choice. 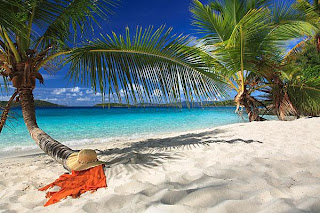 And as safety concerns for Americans and Canadians in Mexico are generally back to “Mexico is still safe” mentality after most negative press has finally been dismissed by factual data rather than sensationalist media reporting, there truly is no reason to choose any other place but Mexico if paradise is truly what you’re after. In fact, according to official data, you have less than 1 in 11 million* chance to be killed in Mexico (a far greater chance of being eaten by a flesh-eating bacteria in the US however), and are 16 times more likely to die if you stay in US.

For a little more, you get alot more in Mexico. The secret is out however and the number of ex-pats and tourist flooding to such areas for 2011 are at record highs and show no sign of slowing down anytime soon. As the region continues to grow, prices will certainly continue to rise and who knows how long Mexico will be still be affordable to those wanting to retire for much less? If you’re thinking that the exuberant lifestyle of living by the beach is for you, now is certainly the time to act.