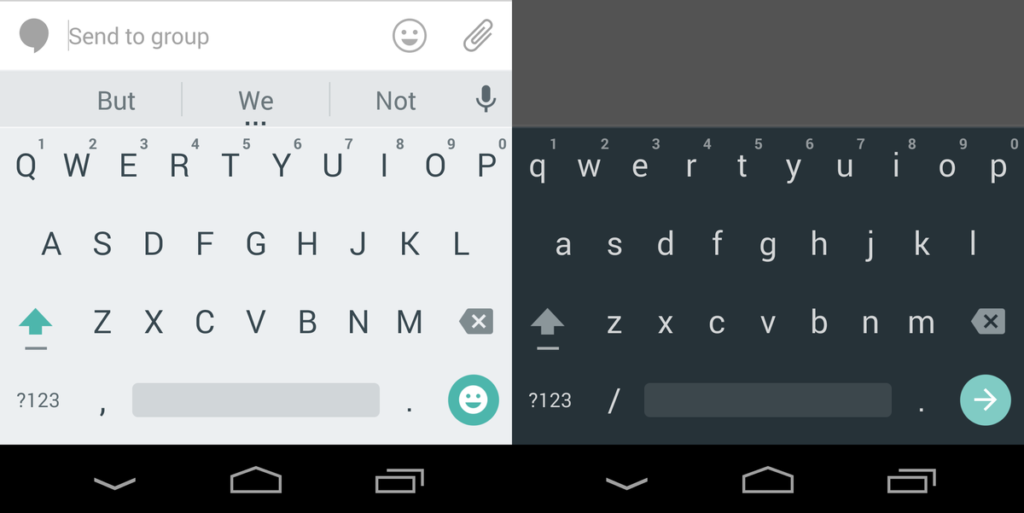 Google today officially announced that it’s rebranding its Google Keyboard application for Android users to “Gboard,” the name sported by its newer keyboard app that sports a fully integrated Google Search engine, emoji and GIF search, and more. The keyboard’s Android launch had been spotted earlier this week by a number of media sites and blogs, who had also noted app arrived with a few new features, as well.

Gboard was first launched on iOS around six months ago, as a means of giving Google a better way to integrate its search engine on users’ devices. Instead of putting it into a separate app, Google bundled search into the screen people use the most – their keyboard.

On Android, Gboard includes the same feature set as found in its iOS predecessor, as most of its changes were more about adding polish and addressing a few user concerns, rather than overhauling the core experience.

In the new app, you can now tap a Google logo to start your search – a tweak that makes access to Google search a bit more obvious.

The benefit of having search built in like this is that search results can be easily shared from your keyboard. This comes in handy when you want to share a business’s address, weather, flight times, news articles, restaurant info and more with your friend, without having to launch a separate app to dig up that information. Gboard will also predict possible searches, based on your chat which you may find either very useful or super creepy.

For example, the company explains, if you’re chatting with a friend about the weather, the app may offer a prediction for “Weather” which you could then share with a tap.

The app includes built in GIF and emoji search, too, like the iOS version does. A clever trick here is that Google makes it quicker to find the right emoji. Instead of scrolling, you can just do a search for the one you want (e.g. “monkey”).

One new feature that arrives with the Android app is an option to always show the number row on the screen – something that was one of users’ complaints about the keyboard layout. The app added support for multiple languages, as well, which will help bilingual users with their searches and the app’s predictions.

You can also choose to turn on Glide Typing, if that’s your preferred mode of text entry. And the app offers a standard lineup of keyboard features like text predictions, autocorrect, and voice typing.

Gboard will work in over 100 languages as it rolls out today to all markets, and more will be added in time.