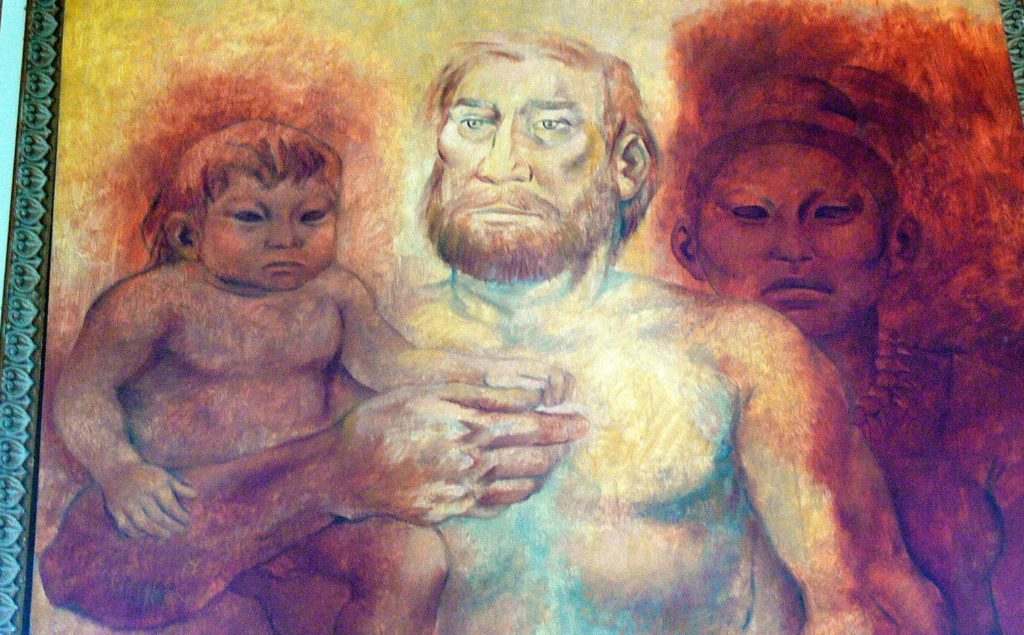 One of the first Spaniards who experienced the strength and vigor of the Mayan culture and was captivated by it, joining that society ultimately, was Gonzalo Guerrero, a soldier from Puerto de Palos. In the same place, Christopher Columbus first set sail for the New World.

Guerrero was one of two castaways who survived the sinking of a Spanish ship in the Caribbean Sea in 1511. The other survivor was Jerónimo de Aguilar, an ex-religious man who returned to the Spanish eight years later when Hernán Cortés arrived on the Yucatan Peninsula in 1519.

Gonzalo Guerrero had married the daughter of the “cacique” or chief, to whom he had initially been served as a slave. Then he became a captain of that ruler’s armies, and gave military advice to many indigenous leaders of Yucatan for the defense of their territory, against their already ex-Spanish compatriots.

Various colonial chroniclers such as Francisco López de Gómara, Bernal Díaz del Castillo or Fray Diego de Landa, refer to this Spaniard with not very flattering terms since Gonzalo Guerrero was considered in his time by his fellow countrymen as a traitor and idolater.

The chronicles coincide in pointing out that Guerrero spoke Mayan perfectly, was the captain of Nachancán, lord of Chetumal, and highly esteemed for the victories he achieved in the battles of that ruler against his enemies from other indigenous provinces, he instructed the Mayans to fight with Spanish strategies and taught them to build trenches. The documents also state that Guerrero married an important woman from that province, and had three children.

When talking about Guerrero’s refusal to return to the Spaniards, despite Hernán Cortés’ invitation, the chroniclers gather the testimony of Jerónimo de Aguilar and say that he did not respond out of shame. He had carved his face, pierced his nose, ears and lower lip, like the Mayan warriors, his face and hands were painted. They highlight the love he had for his wife and three children.

When Hernán Cortés knew what Guerrero was doing, the chronicles point out that the conqueror said: “I wish I could catch him with my own hands, he will never be any good”.

The author Julio Izquierdo published in 1992, a book: “Gonzalo Guerrero. A Mayan chief born in Palos. This book contains a biography of this Spanish soldier. So we can read that Guerrero, originally from the port of Palos, was an arquebusier (a soldier specialized in handling the arquebus), in Naples and Granada.

Other authors point out that he was born in 1470. Julio Izquierdo indicates that Guerrero arrived in America in i510 or perhaps a little earlier. The ship that sank in 1511, where this Spanish soldier was traveling, was called “Santa María de Barca,” built-in Almería. Guerrero was the officer in charge of the crew and the slaves that the ship was transporting.

Gonzalo Guerrero died in 1536 in Guatemala, fighting against the Spanish.
A letter sent to the Crown that same year of 1536 by an accountant from Honduras, Andrés de Cereceda, refers to the fact that one day before the Guatemalan Mayans surrendered in a critical battle in that region a Spanish Christian named Gonzalo Aroza (At that time they were not sure of his last name) was killed with a shot of the harquebus, who was among the Indians in the Province of Yucatan twenty years ago and is the one who destroyed the plans of the Adelantado Montejo.

Because there was a depopulation of Christians, Gonzalo came to help the Mayans here with a fleet of fifty canoes, this Spanish who was killed was naked, had his body carved and dressed like an Indian, that letter states.

Gonzalo Guerrero constitutes in the process of Spanish conquest and colonization, the first case of change of ethnic identity, of adoption of a culture different from the original one, and perfect integration to a new and unknown society.