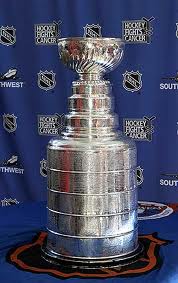 Though Playa Del Carmen may be over a thousand miles from Canada, Hockey’s season finale is alive and well! The large population of Canadians living in Playa has been a boost to the night life as the Hockey games are televised on restaruant and bars across town. So we’ve dedicated a litte time to following the story.

According to NHL.com “Three games into the 2011 Stanley Cup Final and the Vancouver Canucks have a 2-1 series edge, but the Boston Bruins are coming off a Game 3 victory in which they practically blew the Canucks back to British Columbia with four-goal outbursts in the second and third periods.

Game 4 Wednesday at TD Garden (8 p.m. ET, VERSUS, CBC, RDS) figures to be pivotal, as Vancouver could return home in position to claim the first championship in its 40-year history, while Boston could even the series and build even more momentum toward ending a 39-year Cup drought.

For now, though, let’s take a look back at five of the defining moments that have brought the series to this point:

* Alexandre Burrows and Patrice Bergeron come together in Game 1: Bergeron exits the scrum claiming Burrows bit him, and replays appear to confirm the allegation. While Burrows isn’t hit with any supplementary discipline from the League, the incident certainly escalates the level of chippy play in the series and spawns Maxim Lapierre‘s taunt of Bergeron in Game 2, where he sticks his hand into Bergeron’s face, seeming to offer him a nibble, and copycat incidents involving Milan Lucic and Mark Recchi as the third period of Game 3 turned into a Boston rout.

* Raffi Torres saves us overtime: A scoreless duel between goaltenders Roberto Luongo and Tim Thomas in the opener looks like it’s destined to take more than the regulation 60 minutes to decide. But on a late rush up the ice, Ryan Kesler barely holds the blue line and works the puck to Jannik Hansen. Torres, the only player on the Canucks with past Stanley Cup Final experience, had just come onto the ice on a line change and found a free lane to the slot. Hansen got him the puck for an easy one-timer into an open net with 18.5 seconds remaining, giving Vancouver a leg up in the series.

* Burrows ends it in a blink: The attention already was on the “third Sedin” heading into Game 2 after the Bergeron incident and subsequent talk over whether it should have led to a suspension. Burrows was in uniform, however, and all over the score sheet, as well. He opened the scoring on a power play 12:12 into the first period and set up Daniel Sedin‘s tying goal in the third with a nifty pass. This time the game did go into overtime, but thanks to Burrows it didn’t last long. Shortly after the opening faceoff, Burrows streaked down the left wing, evaded the reach of 6-foot-9 Boston defenseman Zdeno Chara, who was draped all over him, then faked his shot to get Thomas down to the ice before swooping behind the net for a wraparound goal just 11 seconds into the extra period. Vancouver took a 2-0 series lead to Boston.

* Big hit ends Horton’s postseason: The architect of numerous Bruins win during these playoffs with a pair of overtime goals in the first round against the Canadiens and decisive Game 7 goals to eliminate the Habs and the Lightning, Nathan Horton was one of the players Boston was looking to get going as Game 3 got underway. But with the first goal still up for grabs just over five minutes in, Horton instead was the recipient of a thunderous hit by Canucks defenseman Aaron Rome shortly after he sent a pass to Lucic on the left wing. Horton hit his head on the ice and had to be taken off on a stretcher with a severe concussion that will sideline him for the remainder of the Final. Rome was assessed a five-minute interference major and a game misconduct, and had a hearing with the League early Tuesday to determine possible supplemental discipline.

* Bruins light up Luongo: Through seven periods and those 11 seconds of overtime in Game 2, Boston had solved the Vancouver netminder just twice in the series. But when defenseman Andrew Ference scored 11 seconds into the second period Monday, it opened the floodgates. The Bruins added three more in those middle 20 minutes to take a commanding 4-0 lead, then doubled their goal output in the third, including scoring on their final three shots of the game. While they couldn’t erase their deficit in the series in one night, they did cut it in half, avenged their fallen teammate and gave their offensive stars some confidence with Game 4 approaching.”