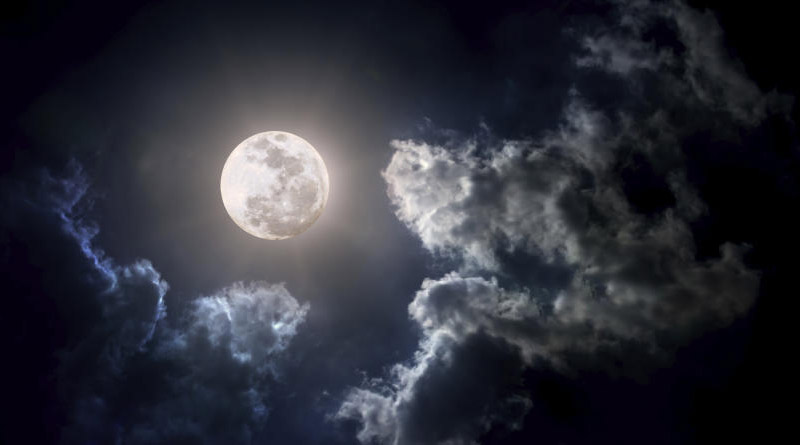 The Moon is the largest and brightest object in our night sky and has enchanted and inspired mankind for centuries.

This majestic lump of rock grows slowly fuller and brighter night after night, before shrinking to a tiny slither and vanishing into the darkness as we sleep. A few days later a new moon appears and the well-trodden cycle begins again.

Here’s everything you need to know about Earth’s only natural satellite, including all its different names.

How often does a full moon occur?

A full moon occurs every 29.5 days and is when the Moon is completely illuminated by the Sun’s rays. It occurs when Earth is directly aligned between the Sun and the Moon.

Why do full moons have names?

The early Native Americans didn’t record time using months of the Julian or Gregorian calendar. Instead the tribes gave each full moon a nickname to help them keep track of the seasons and lunar months.

Most of the names relate to an activity or an event that took place at the time in each tribe’s location.

However, it wasn’t a uniform system and each tribe tended to name and count the moons differently. Some tribes, for example, counted four seasons a year, while others counted five. Others defined a year as 12 moons, while others said there were 13. Some tribes started counting the seasons in the spring, while others began in the autumn.

Colonial Americans adopted some of the moon names and applied them to their own calendar system which is why they’re still in existence today, according to the Farmer’s Almanac.

This moon was named because villagers used to hear packs of wolveshowling in hunger around this time of the year. It’s other name is the Old Moon.

Snow moon is named after the white stuff because historically it’s always been the snowiest month in America. It’s also traditionally referred to as the Hunger Moon, because hunting was very difficult in snowy conditions.

April’s full moon is known as the Pink Moon, but don’t be fooled into thinking it will turn pink. It’s actually named after pink wildflowers, which appear in the US and Canada in early spring.

This moon – which you can see around 07:08 on Tuesday April 11 –  is also known as Egg Moon, due to spring egg-laying season. Some coastal tribes referred to it as Fish Moon because it appeared at the same time as the shad swimming upstream.

This moon is important because it used to fix the date of Easter, which is always the first Sunday after the Pink Moon appears. This year, Easter falls on Sunday, April 16.  The Pink Moon also heralds the beginning of Jewish Passover.

Spring has officially sprung by the time May arrives, and flowers and colourful blooms dot the landscape. This moon is also known as Corn Planting Moon, or the Milk Moon.

This moon is named after the beginning of the strawberry pickingseason. It’s other names are Rose Moon, Hot Moon, or Hay Moon as hay is typically harvested around now.

Named due to the prevalence of summer thunder storms.

Tribes in North America typically caught Sturgeon during this month, but also it is when grain and corn were gathered so is also referred to as Grain Moon.

It was during September that most of the crops were harvested. This moon also gave light to farmers working through the night. Some tribes also called it the Barley Moon.

The Harvest Moon can sometimes occur in October – whichever Moon is closest to the autumnal equinox.

The light of this bright moon made it easy for hunters to spot prey ahead of the lean winter months. It’s also called Blood Moon.

The first of the winter frosts begin to take their toll around now.

Nights are long and dark and winter’s grip tightens, hence this Moon’s name. With Christmas just a few days away, it’s also referred to as Moon before Yule, and also Long Nights Moon.

Once in a blue moon

Does this well-known phrase have anything to do with the moon? Well, yes it does. We use it to refer to something happening very rarely, and a blue moon is a rare occurrence.

It’s the name given to a second full moon that occurs in a single calendar month and this typically occurs only once every two to three years.

So what’s a supermoon?

A supermoon occurs when a new moon or full moon comes closer to Earth than usual making it appear brighter and closer to us earthlings.

There are four supermoons in 2017, although three of them won’t be visible. The one to watch out for is not until December 3.

Supermoons can cause real physical effects including larger-than-usual tides.

How was the Moon formed?

Tell me more about the moon

Man on the Moon

Only 12 people have ever walked on the moon and they were all American men, including (most famously) Neil Armstrong who was the first in 1969 on the Apollo II mission.

The last time mankind sent someone to the moon was in 1972 when Gene Cernan visited on the Apollo 17 mission.

When the astronauts took off their helmets after their moonwalk, they noticed a strong smell, which Armstrong described as “wet ashes in a fireplace” and Aldrin as “spent gunpowder”. It was the smell of moon-dust brought in on their boots.

The mineral, armalcolite, discovered during the first moon landing and later found at various locations on Earth, was named after the three Apollo 11 astronauts, Neil ARMstrong, Buzz ALdrin and Michael COLlins.

One of President Nixon’s speechwriters had prepared an address entitled: “In Event of Moon Disaster”. It began: “Fate has ordained that the men who went to the moon to explore in peace will stay to rest in peace.” If the launch from the Moon had failed, Houston was to close down communications and leave Armstrong and Aldrin to their death.