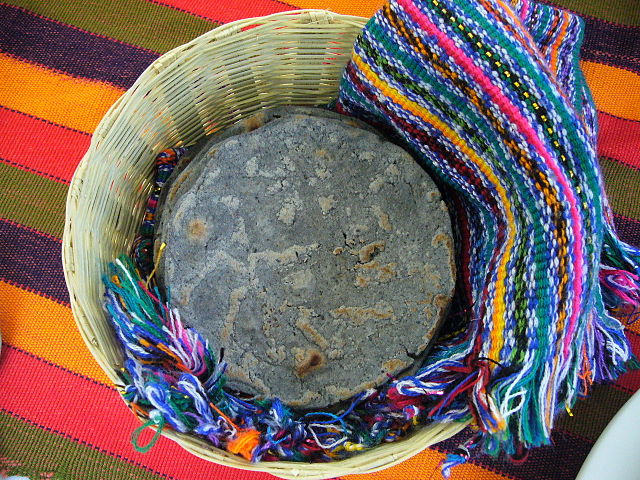 Heirloom tortillas might be the latest food trend, but behind each bite is a more complicated story about Mexico’s traditional foodways.

There is nothing quite like a good tortilla. Unfortunately, almost no one in the U.S. has ever had a good, authentic tortilla—handmade, still warm from the comal it’s been cooked on, from landrace corn grown, nixtamalized, and ground nearby, often by the very same hands making the tortillas. A tortilla speaks of a particular soil, a variety of corn, a certain landscape, and the community that have been its guardians for millennia.

But despite being a staple of Mexican cuisine, culture and history, finding a fresh tortilla made from landrace corn—domesticated, heirloom varieties—is surprisingly difficult in the nation’s capital, and until recently almost impossible outside of Mexico. However, Jorge Gaviria, who founded Masienda in San Francisco in 2014 and began supplying restaurants like Cosme and Taco Maria with landrace Mexican corns, is about to launch Masienda Bodega’s new line of tortillas in 200 different stores across the U.S., including Whole Foods.

The 30,000 to 40,000 tortillas Masienda will make daily will be made from not only landrace corns imported from several states in Mexico, but also corns farmed organically and sustainably in the U.S. corn belt, a region historically dominated by GMO corn. The company’s goal is to “improve regional ecosystems dedicated to corn production with every pack sold.” 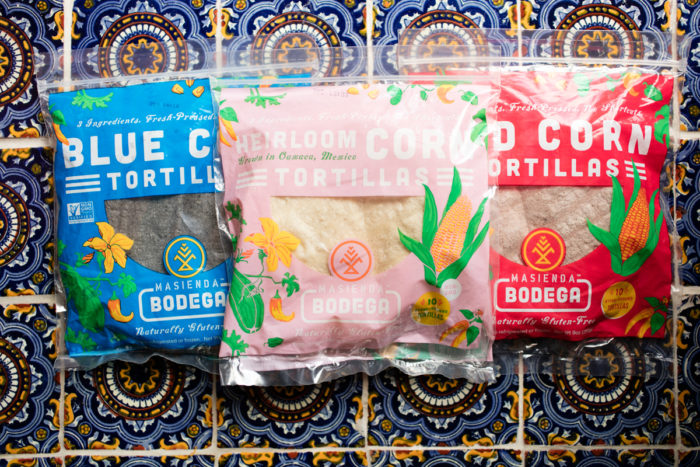 Corn, arguably one of humanity’s greatest agronomic achievements, originated in Mexico. It’s now the most widely produced crop in the world, and while the vast majority of this is industrialized, super high-yielding genetically modified or modern hybrid corns dependent on heavy pesticide and herbicide use, in Mexico there are still at least 59 recorded unique native landraces.

Corn is unique because it evolved entirely thanks to ancient meso-American farmers who saved and selected different kernels over thousands of years of domestication to produce varieties not only suited to Mexico’s many different ecosystems, but also for purposes including their specific colors, textures, flavors, and ceremonial uses. As a result, there is now a plant species with tremendous diversity.