Time to buy in the Riviera Maya? 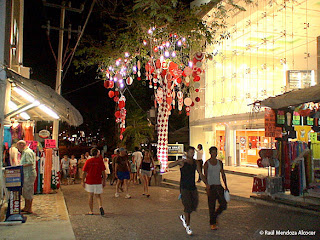 Recently the Canadian Government issued an advisory over travel to Mexico.  This stemmed from the recent death of 2 Canadian Citizens who were in Mexico.  This was so worrying that there are Canadian Citizens who have contacted us about the safety of the area.  Is this area OK to travel?  Will they be safe if they decide to come?
In the last 24 months 6 Canadians have been killed in Mexico out of the 2.6 million who have traveled there.  In that same time period Edminton, with a population of about 750,000, has had 49 murders.
Those of us who live in Mexico full time are used to the hype of such stories.  CNN and Fox News have shown that if they broadcast stories about how horrible things are South of the Boarder, people feel better about their station in life.  It seems as the Canadian Media is just catching on.
There is no place on earth that is immune from crime.  It is a fact of life.  Mexico has had a rough couple of years.  There is a fight going on between the Government and the Cartels.  Recently there was news about 2 Canadians in Puerto Vallerta who had been “Extorted” by the police out of $80 USD.  They reported it to the local authorities, the police admitted it, and they were dismissed.
When I was 20 we made a trip to Toronto, Canada with some friends.  We rented a hotel room and bought about $500 worth of liquor.  Even though we were of legal drinking age in Canada, when the police showed up they confiscated our $500 worth of alcohol by putting it in their car and taking it home.  This did not make the national newspaper, but it did happen.  Theft is theft, and it happens everywhere.
Mexico is huge, population wise it’s 3 times the size of Canada.  The lucrative part of the drug trade is controlling the supply routes into the US.  For that reason, the vast majority of the fighting happens in boarder towns far away from where most Canadians visit.
Overall the crime rate in Mexico is about the same as the US.   If we take out those areas near the boarder, it’s much lower.  In the last 2 years no Canadians have been killed relating to crimes or drugs in the Riviera Maya.  One is about 30 times more likely to be killed in Edmonton, than as a Canadian traveling in Mexico.  Not one or 2 times, but 30 times!!!!  If the Canadian Government is really interested in issuing warnings for its citizens, it would issue a travel warning to Edmonton.
Those of us that live here know the ridiculousness of these articles and these numbers. We know that our quality of life here, with 30 degree weather in January, and cheap but high quality health care and services make living here a lifestyle choice, not a necessity.
So why buy now? Simple.  This area was the fasting growing region in Latin America over the last 10 years.  Claiming the prize as the fastest growing city in the world one of those years.  Tourism is up and staying high.  The only difference is buyers are weary because of what the media tells them.
Eventually something else will come up and take the news cycle over.  Once that happens the millions that are already coming here will take back to the Real Estate market and it will boom again.  The macros work.  Canada is still cold and expensive.  Mexico is warm and cheap.
Real Estate always comes back into vogue.  They are not making any more Caribbean beaches, and they sure are not making any more Playa del Carmens.  Mexico is still the place where a smiling local is happy to help you all day in your home for $20.  There are 80 million baby boomers who are getting tired of the cold and cost of living up north.  Don’t you want to beat the rush?