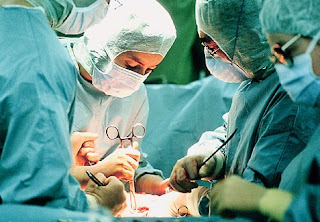 It’s called scalpel tourism, not the nicest sounding name ever, but is the term coined for tourism that is directly related to undergoing a medical procedure in a country that is not your own. According to data from the Global Congress of Health and Medical Tourism World, which will hold its fourth edition in October 2011 in the city Chicago, this tourist sector is one of the most successful and rapidly growing global items with many tourist destinations in the world directing their efforts to promote this medical form of tourism.

In layman’s terms scalpel tourism is essentially: taking a vacation, getting your operation done, taking some time to heal and returning home a new you.

Mexico’s Ministry of Tourism estimates that Mexico has been the beneficiary of over $304 million dollars in the state of Quintana Roo alone for the year of 2010, which according to a Deloitte survey of medical tourism will have increased by more than 14 times in seven years (2007-2014) up to 750,000 patients.

Data taken from the State Committee for Development and Promotion of Medical Tourism and Health in the state shows approximately 450,000 U.S. and Canadian tourists visited in 2010 in order to some procedure or another performed, leaving an estimated economic benefit of approximately $90 million.

Internationally, Mexico ranks as one of the favorites in dental and plastic surgery, bariatric (obesity treatment) and orthopedic procedures, vision and weight loss. Domestically, Mexico has fierce competition for this market also, especially when it comes to surgical procedures, the states Quintana Roo, Nuevo Leon, Chihuahua, Sonora, Guanajuato, Jalisco and Baja California all battling to attract scalpel tourists with highly qualified practitioners.

In this regard Eduardo Paniagua, president of the Association of Travel Agencies in Quintana Roo Internet, explained that Cancun offers services “unsurpassed for other destinations,” with not only the low cost of surgeries but sun, ocean, beach and numerous various activities that serve a selling point for having surgery done in the area and adds to the overall purchasing power.

“There are many examples low cost of procedures, but a very significant one is the placement of a gastric band. In the United States it can cost you up to $40,000, whereas in Cancun package (accommodation and intervention included) costs about eight thousand dollars which makes it available to almost anyone.” he said.

For his part, the new mayor of Cozumel, Aurelio Joaquin Gonzalez said he recognizes that medical tourism is a very powerful growth option concerning the sector and will be working hard to potentiate medical tourism in the future.