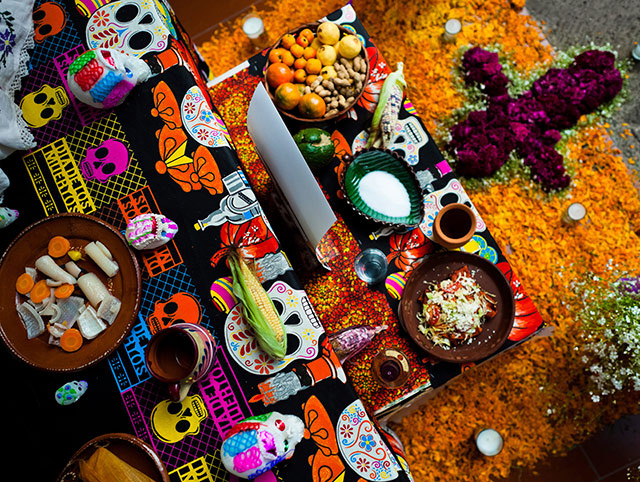 Dia de los Muertos, or Day of the Dead, has a plethora of symbols with deep meanings behind them. If you find yourself at a festival celebrating the holiday, take a look at some key symbols you need to know. Wochit

While Halloween and Day of the Dead do share common roots, they are totally different holidays.

One major distinction is that Halloween is only one night, whereas the Day of the Dead is actually a three-day event that is just getting starting on Oct. 31. Halloween is short for All Hallows Eve, the night before All Saints’ Day, a Catholic celebration commemorating saints and martyrs. All Souls Day, honoring all the Christian departed, follows on Nov. 2. Taken together, the three events are sometimes referred to as Allhallowtide and all of them are part of the Day of the Dead celebrations. 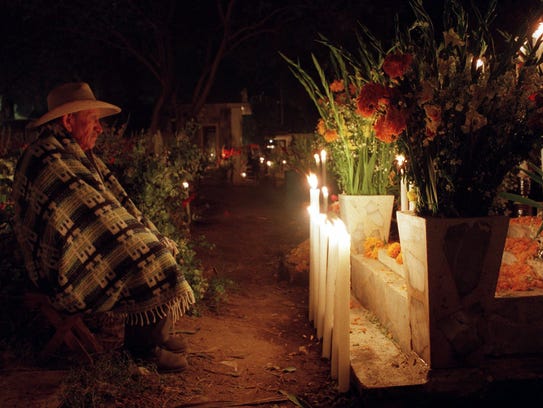 Magdaleno Melendez, 78, visits the grave of his father during Day of the Dead celebrations in San Gregorio Atlapulco, before sunrise Nov. 2, 2000. (Photo: Marco Ugarte, Associated Press)

Halloween’s connection to the afterlife has largely been stripped from the holiday. The aspects of the holiday that do touch on death — such as the prevalence of ghosts, ghouls and other spirits in costumes and decorations — tend to focus on our fear of mortality and the spookiness of the unknown.

The Day of the Dead, on the other hand, focuses squarely on death (it’s in the name after all). But rather than treating it as something dark and frightening, the Day of the Dead is largely about laughing in the face of death, as represented by the ubiquitous skulls and skeletons known as calaveras and Catrinas, which are often depicted dancing or playing music. And though it is about remembering lost loved ones, the holiday is more a time to celebrate their memories than to mourn their loss.

“The Day of the Dead is a day of connection, remembrance and love — for and with — those who have died (‘the ancestors’),” said Kristin Norget, author of Days of Death, Days of Life: Ritual in the Popular Culture of Oaxaca. “Halloween is completely lacking this important dimension.”

The Day of the Dead is believed to be a time when the spirits of dead ancestors and relatives return to the world of the living for a visit.