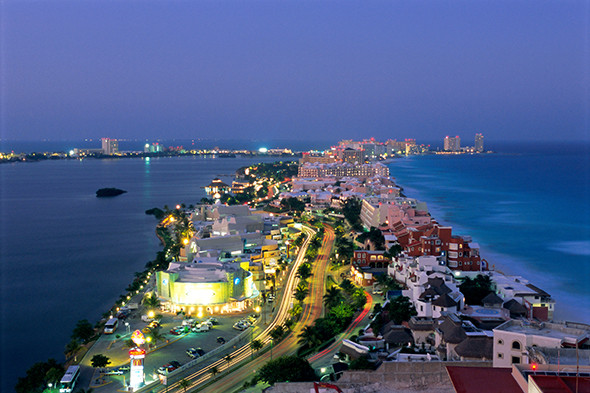 CANCUN — Cancun and the Riviera Maya have emerged as the most attractive tourist destinations in Mexico for investment in the real estate sector, with more than 21 thousand appraisals for the purchase of real estate during 2016, a growth of 4.0% annual rate, according to the president of the Colegio de Valuadores de Quintana Roo (Covaqroo), Arturo Machuca García.

He added that although in 2016 he expected an uncertain overview in the face of the adverse situations of the national economy, “the good numbers of tourism activity in Quintana Roo generated a significant economic spillover among the population, which allowed them to continue building new complexes and acquiring housing, 70% through loans of social interest and 30% with bank credit for middle and residential housing.”

Cancun is one of the main destinations in Mexico for foreign investment in real estate (Photo: Dedy Irawan)

In the framework of the XXVI Anniversary of the Covaqroo, Machuca García emphasized that, as a result of the tourist stability of the Mexican Caribbean, a large number of foreign appraisers have been detected, reaching almost 50% of these valuations, which causes local professionals to generate losses for more than 14 million pesos

“In addition to taking this important amount of income, their expertise does not reflect the reality according to the valuation rules of the area, to the detriment of the assets of individuals and companies by not determining a real value of the properties.”

He stressed that Quintana Roo’s solid economy, based on tourism, has not resented external factors such as the depreciation of the peso against the dollar, the increase in the price of fuels or the Trump effect, allowing this year to project a similar increase as the one registered in 2016.

“In 2017, we expect that the real estate transactions, as well as the lending and home construction, will remain in the area, so we expect to surpass the 21,000 valuations recorded last year.”

In the specific case of Cancun, he recognized that this tourist destination is reaching its maturity as a city, a reason why its real estate growth is a little smaller than had been accustomed in previous years.