CANADA BULLETIN 27, A KEY MARKET FOR GROWTH OF TOURISM IN MEXICO 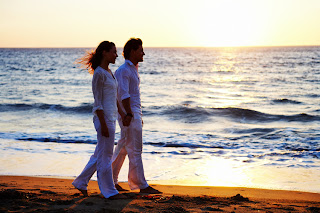 Brought to you by http://www.sectur.gob.mx
To increase tourist arrivals to our country and Canada to publicize the promotion of Mexico projects in that country, the Director General of the Council of the Mexico Tourism Board (MTB), Rodolfo López Negrete, made a working trip to Canada where he will meet with airline executives and tour operators.
Canada is the second largest source of tourists to Mexico for a market which is key to increasing the flow of pedestrians and economic benefit, said Rodolfo López Negrete.
During 2010, more than 1.4 million tourists visited the country from Mexico, representing an increase of 19.4 percent over the previous year.
In the framework of a working visit to the city of Toronto, to continue the intensive campaign to promote Mexico as a tourist destination in this market, Lopez Negrete said they reflect the country’s potential in this sector, growth obtained shows the interest of Canadian tourists in supply and unique travel experience offered by our destinations.
In just six years we have doubled the value of the market, thanks to coordinated efforts with our trading partners, a significant increase in investment and implementation of a marketing campaign unprecedented for the consumer end, said Deputy general director of the CPTM.
In addition, air connectivity is a key element in developing this important market. Currently, Air Canadaoperates a total of 65 flights weekly from eight different markets to five destinations of our country, while Sunwing makes 77 flights a week from 14 markets to six destinations. For its part Transat and Westjet operates 61 weekly flights to 51 markets from nine to five destinations, respectively.
During this tour, Rodolfo Lopez Negrete will meet with key representatives of the industry in that country, among which are 2000 and Sunwing Travel Group Travel.
He explained that in addition to continuing the campaign “Mexico, the place you thought you knew” strategic lines have been drawn which will ensure an increase of 15 percent in international tourist arrivals to our country, and address critical areas of opportunity to achieve the stated objectives, among them: the consolidation of Mexico marks and trademarks of destinations, diversify markets and achieve growth in priority segments.
In this regard, the official said that while ambitious goals have been raised, they are quite affordable if implemented the right strategy. Mexico has the necessary attributes and competitive advantages for positioning within the top five tourist destinations in number of visitors and revenue, he said.
www.American-Development.com