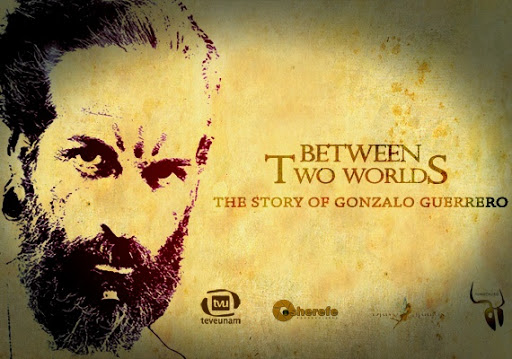 Today I am going to recommend some documentaries about pre-Hispanic Mexico that you can watch on YouTube. An image says more than a thousand words and movies, series and documentaries are the media that have the greatest reach to the public.

This documentary, produced by TV UNAM, tells the story of the Spanish castaway Gonzalo Guerrero, who lived among the Mayans, learned their language and raised a family that he defended in battle against his former compatriots. The duration of this documentary is approximately 50 minutes.

“In xóchitl in cuícatl (the flower and the song)”

This short documentary features Miguel León-Portilla telling us stories about Nahua poetry. Without being boring or tedious, León-Portilla opens the way for us to understand the beauty of Nahua words. The documentary is divided into two installments of five minutes each.

This documentary on the History Channel tells the story of the god Quetzalcóatl. From the creation of the world when he defeated the monster Cipactli with his brother Tezcatlipoca, the creation of the fifth sun and humanity, to his facet as ruler in Tula and his self-exile towards the ocean and promise of return. Despite being a documentary, it is visually very attractive, as it shows us Quetzalcóatl, Tezcatlipoca, Cipactli, Mictlán and Tula in very vibrant digital reconstructions.

This History Channel documentary about pre-Hispanic mythology deals with the Popol Vuh and the twin Mayan heroes who must visit the Xibalbá, the Mayan underworld, where they face the lords of death. Its duration is less than an hour and it gives viewers a better understanding of the Mayan legends of Popol Vuh.

This History Channel doc tells the story of Coatlicue, also known as Tonantzin, mother of Huitzilopochtli, the Mexica lord of war. This episode tells the origin story of Huitzilopochtli and how he defended his mother from his brothers. This film reminds us of the syncretism of Mexican culture, showing how the Spanish changed the cult of Tonantzin to the worship of Guadalupe.

“Hernán Cortés and the conquest of Mexico”

This TV UNAM production summarizes what happened to Cortés, from the time he landed on the island of Cozumel, until the years after the fall of the empire. The film features renowned archaeologists and historians Eduardo Matos Moctezuma and Miguel León Portilla.

This documentary, produced by the Once TV, provides a summary of the education system in Mexico and the changes it underwent when the indigenous population was forced  to adapt to the European system.